Bollinger Motors is moving forward with plans to launch a pair of rugged electric trucks late next year.

In fact, the pending introduction has prompted the Michigan-based startup to physically move. Earlier this month, Bollinger vacated its former Ferndale, Mich., headquarters and moved into larger digs four miles down the road in Oak Park.

The new facility is nearly five times as large as the previous building, which Bollinger says had become cramped. And the situation was about to get worse, with Bollinger planning to double its staff to about 80 people by year-end. 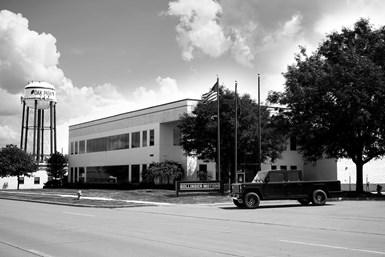 The tight confines also were untenable in the wake COVID-19 social distancing requirements.

The move couldn't have come at a better time,” notes CEO Robert Bollinger. “We were bursting at the seams with new engineers, putting desks out in the shop at the old building. It was especially difficult to keep everyone more than six feet apart.”

The Oak Park building previously was the home of another EV startup: Bordrin Motor. That company, a 4-year-old Chinese startup, liquidated its U.S. operations in June due to a combination of increased competition, lack of funding and the coronavirus-spurred economic downturn.

Not only did Bollinger make the move to the larger site, it also acquired some of Bordrin’s shop equipment and technology (related to batteries and communication systems), Automotive News reports. And it ended up hiring Lavine, a former Ford engineering executive, as its chief engineer.

In preparation for next year’s planned launch of its B1 SUV and B2 pickup truck, Bollinger needs to land a production partner, finalize an agreement with a battery supplier and secure additional funding.

The startup expects to make announcements on all fronts “soon.”

Built on Bollinger’s flexible E-Chassis platform, the trucks can be configured in a variety of wheelbases and cab variants to handle just about any commercial application, according to the carmaker.