Flexible architecture can support various body styles and applications with up to a 5,000-lb payload
#Bollinger #Amazon #chassis

Ferndale, Mich.-based Bollinger Motors aims to supply its E-Chassis, which underpins the company’s upcoming B1 SUV and B2 pickup, to commercial vehicle producers for a variety of Class 3 truck applications. 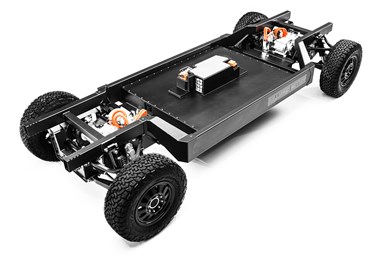 The strategy is similar to that of other EV startups. Rivian, for example, will supply its electric truck platform to Ford for a future premium-level model. The Plymouth, Mich.-based company also inked a deal to provide electric vans to Amazon.

Bollinger filed for a U.S. patent for its chassis, which the company claims will be the first electric architecture for Class 3 vehicles, in November. Production is due to start next year.

The E-Chassis will come fully engineered and ready to be fitted with a body. Buyers can choose among several variants and options, including: 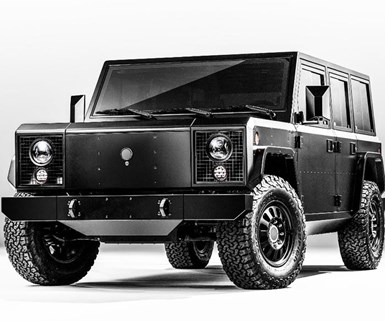 The platform features a low center of gravity and has a 5,000-lb payload, according to Bollinger. Other attributes include an independent front and rear suspension with self-leveling capabilities.