And CEO Volkmar Denner doesn’t expect conditions to improve anytime soon. But he says there will be opportunities for growth.

Bosch forecasts a 2.6% dip in global production this year to 89 million vehicles. This would mark the third straight annual decline and drop output of nearly 10 million units from 2017 levels.

Reiterating earlier predictions, Denner says the lower volume likely will hold steady for the next several years. He doesn’t anticipate an upturn until 2025.

As a result, Denner says the supplier will adapt its cost structures and workforce to the “dramatic changes and overcapacity in the industry.” The company already trimmed nearly 2% of its headcount last year, with most of the cuts coming in Asia and Germany. 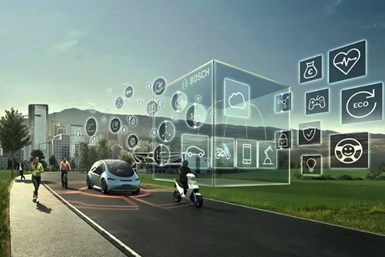 The company’s size, product breadth, recent investments and focus on emerging technologies also position it for success as the industry transitions to autonomous, connected, electrified (including fuel cells) and shared vehicles, Denner notes. He expects such a “fundamental upheaval” to provide “great opportunities.”

The strategy includes investing €600 million in automated driving technologies this year. Another €500 million and €100 million are earmarked for electrification and connectivity, respectively.