Carmakers say a “no-deal” British exit from the European Union will cost the two sides €110 billion (more than $130 billion) over five years.

The industry is urging some sort of trade deal that would avoid high tariffs on cars and parts shipped between the two markets. 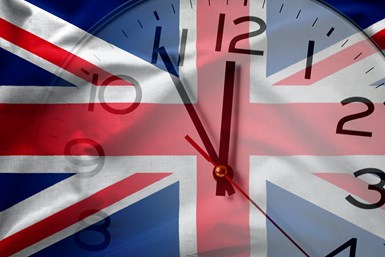 With only 15 weeks left in which to finalize a deal, two dozen European auto associations are warning of a “devastating hit” to economies on both sides of the English Channel.

Britain voted four years ago to quit the EU. The kingdom has debated ever since about how to exit without giving up the free-trade benefit of EU membership. The much-delayed departure is set for the end of this year.

Resolving the trade issue is critical, since 80% of the cars made in the U.K. are exported. Most are shipped to Europe. Both sides agreed to a new set of trade rules in January, but now the U.K. is threatening to renege on the deal.

A no-deal Brexit would trigger default World Trade Organization tariffs of 10% on cars and as much as 22% on trucks and vans shipped between the two regions. That would mean higher prices, less choice and lower demand.

Carmakers have been warning for years that the tariffs brought on by a so-called “hard” exit would kill most automotive trade between the two sides. Last year the U.K.’s Society of Motor Manufacturers and Traders called it an “existential threat.” 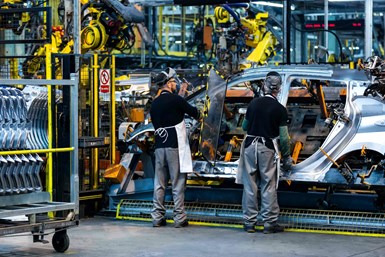 Britain’s auto industry has been shrinking since the Brexit vote with every delay and U-turn in the trade negotiations that followed.

The chaos caused an immediate slowdown in growth. Investment in the British auto industry plunged by 50% to $1.6 billion in 2017-2018, then fell 74% to a paltry $109 million in the first half of last year, according to SMMT.

The European auto industry remains hopeful that British Prime Minister Boris Johnson’s hardline negotiation style will soften—even though he has professed a willingness to crash out of the EU with no replacement deal in place.

A hard Brexit would hurt all of Europe. But it might be the last straw for the British auto industry.