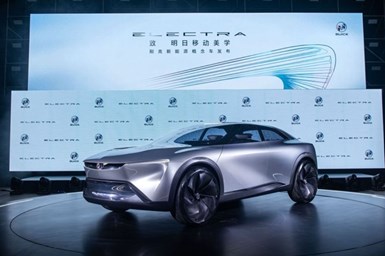 Unveiled at this week’s Beijing auto show, the sporty four-seater combines the characteristics of a compact crossover and Gran Turismo. The Electra features a snub nose, extended wheelbase, short rear and panoramic greenhouse.

Buick calls the new look its “potential energy” design language, comparing the EV to an arrow prepped for release.

“I am confident that the aesthetics and technology innovations reflected on the Electra will ultimately help reset consumers’ expectations,” says Sam Basile, executive vice president of SAIC-GM. The Shanghai joint venture led the development of the new EV.

Built on General Motors’ new BEV3 platform, the Electra is built from the ground up as an electric vehicle. 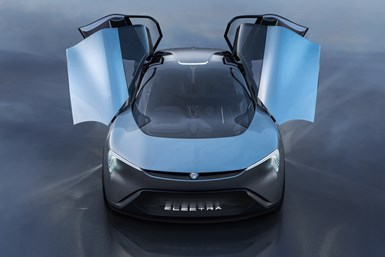 The skateboard chassis allows for greater styling freedom and more interior space. GM’s new Ultium battery, which the carmaker co-developed with LG Chem, is packaged in the floor.

The massive glass canopy extends from the hood to the rear deck. GM likens the minimalist design to that of a space capsule. 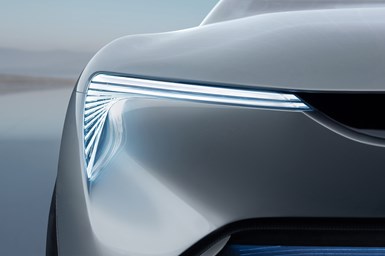 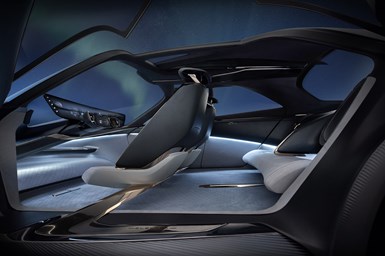 Benefitting from the lack of A- and B-pillars, the open interior is anchored by a spaceship-like cradle.

The “floating” seats are supported by what Buick describes as an armature structure. The design reduces weight and enhances legroom. 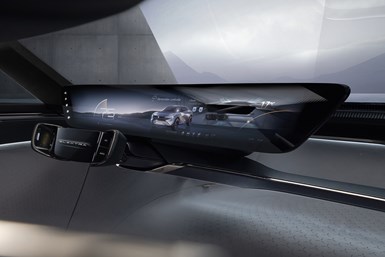 Other highlights include a retractable steering wheel and a curved display that sits on top of the dashboard in place of the instrument panel.

The concept car is powered by a pair of electric motors that generates 583 hp and can propel it from zero to 62 mph in 4.3 seconds.

The Ultium battery provides an estimated driving range of 410 miles.

The model was named after heiress and sculptor Electra Waggoner Biggs, whose brother in-law, Harlow Curtice, headed Buick in the 1930s and later served as president of General Motors.

Dubbed a “land yacht,” the fullsize Electra featured Buick’s classic VentiPort and Delta-Fin design cues. It also was one of the first cars to use Buick’s signature TriShield logo.