Buick will drop the Regal, the only conventional sedan in its U.S. lineup, at the end of the 2020 model year to focus exclusively on SUV/crossovers.
#Buick #GeneralMotors #Opel

General Motors Co.’s Buick brand will discontinue its last remaining car in the U.S., the midsize Regal sportback/wagon, at the end of the 2020 model year to focus exclusively on SUV/crossovers in the market.

Buick dropped the LaCrosse sedan and Cascada convertible earlier this year. The carmaker’s crossover lineup consists of the Enclave, Encore and Envision. 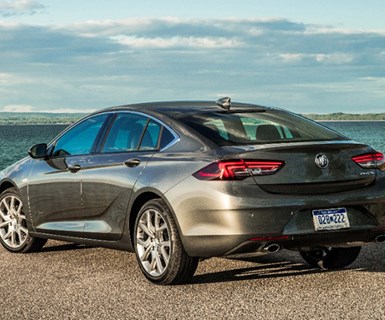 The current model Regal was introduced in 2018. But Buick sold just over 14,000 Regals, including the base sedan and TourX wagon variant, in the U.S. last year. Demand is expected to plunge to about 10,000 units this year.

Buick will continue to sell the Regal in China, where demand for sedans remains relatively high. Buick sold more than one million vehicles in China last year, about five times the volume it delivered in the U.S.

The German-built Regal is based on the European-market Opel Insignia. GM sold its Opel-Vauxhall operations to PSA Group in 2017. Opel will continue to build the Chinese-market Regals under contract.