Autonomy on demand, for a price
#tech #Cadillac

As automakers continue to introduce new driver assist and autonomous driving systems, they are taking a close look at what features buyers want and how much they’re willing to pay for them. 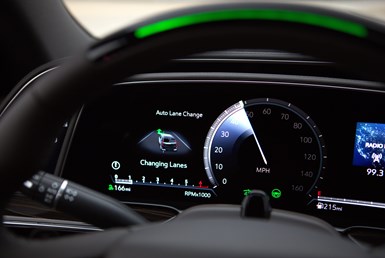 To this end, Cadillac is introducing a new subscription pricing scheme for its Super Cruise semi-autonomous driving system that will be offered on all new Caddy models.

Customers will get the first three years of service for free. After that, they’ll have to ante up $25 per month to continue to get hands-free driving capability.

Cadillac introduced Super Cruise in 2017 as part of a $2,500-plus premium package on the now-defunct Cadillac CT6 sedan. Several enhancements have been made in subsequent years.

CT6 buyers who opted for the system will get an extra-year of complementary service before the monthly rates kick in.

Once the trial period expires, owners of new Cadillacs without a Super Cruise subscription still will get adaptive cruise control and lane-keeping assistance. But they won’t have hands-free capability.

To get Super Cruise, Caddy owners also must subscribe to General Motors’ OnStar navigation and concierge telematics service. That adds at least another $25 to their monthly payments.

OnStar enables over-the-air software updates with precise mapping and GPS data needed for Super Cruise to function. Drivers currently can access Super Cruise on more than 200,000 miles of road in the U.S.

A driver attention monitor ensures that motorists stay engaged and are ready to retake control if necessary. If a driver doesn’t respond to a series of alerts asking them to retake control of the vehicle when prompted, OnStar representatives will be notified to contact the driver directly.

About one-third of CT6 buyers opted for Super Cruise. More than four in five want it on their next car too, according to Cadillac.

Drivers engage the system about half the time it’s available for highway use.