Five carmakers have agreed to meet tougher emission standards in California than the nationwide rules finalized in March by the Trump administration.

The voluntary deals were announced in preliminary form a year ago. Today’s agreements are likely to spark a new challenge by federal regulators, which have been trying for three years to settle on a single set of goals for all 50 states. 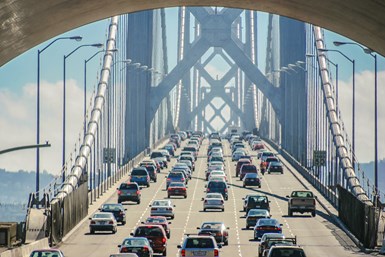 The carmakers and California Air Resources Board (CARB) moved ahead with their plan after the U.S. Dept. of Justice dropped its probe into whether the proposed pacts violated antitrust laws. DoJ concluded they didn’t.

Not that the legal skirmishing is over.

CARB continues to litigate its right to set its own standards. At least six other carmakers have sided with the Trump administration that federal regulators should set all auto emission limits, period.

Today’s agreements note that, until the court battles are over, participating vehicle producers have the right to do what they must to avoid compliance risks over whose rules apply.

Otherwise, the five carmakers pledge to lower emission levels of new vehicles they sell in California by 3.7% per year between the 2021 and 2026 model years. A portion of that target can be met by using “bankable” credits earned from selling electrified vehicles and implementing energy efficiency gains beyond the powertrain itself.

The CARB deals compare with 1.5% annual improvements set by the Trump administration and 5% Obama era increments adopted in 2012 for the same period.

In terms of fleet average fuel economy, the Obama rules would have led to an industry-wide fuel economy average of some 46.7 mpg by the 2026 model year. The Trump administration plan will reach an average of 40.4 mpg by then. The CARB deals fall somewhere between the two.

It isn’t immediately clear whether the White House will launch a new effort to curb California’s effort to reassert its own regulations or simply press on with its existing lawsuits.

But one thing is crystal clear: OEMs can expect more legal limbo-land ahead.