Voters will get their chance to weigh in later this year

It’s official. At least until November.

Uber and Lyft must start treating their drivers in California as employees, according to the California Public Utilities Commission (CPUC).

This will make the workers eligible for healthcare and paid sick time, unemployment, minimum wage, overtime and Social Security. Basically the same benefits most full-time employees currently get.

Sort of. But it’s complicated.

Last September California passed a law, known as AB5, that reclassified some independent contractors as employees. 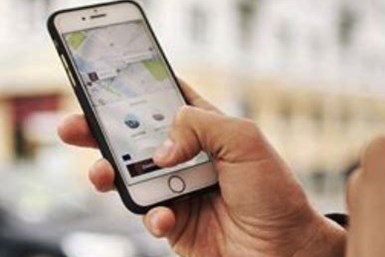 The initiative, which went into effect on Jan. 1, covered “gig workers,” including drivers for transportation network companies (TNCs)—i.e., ride-hailing and delivery services—as well as independent workers in the healthcare and trucking industries. Other segments, such as accounting, commercial fishing, cosmetology and private investigators, were exempt.

Uber and Lyft complained that they shouldn’t have to comply either and promptly refused to do so. In addition, Uber and delivery giant Postmates filed a lawsuit, contending that AB5 violates equal protection provisions in the U.S. and California’s Constitutions.

The two ride-hailing companies also funded a lobbying campaign that succeeded in getting a proposal on the ballot in the upcoming November election. If passed, the measure would exclude all “app-based drivers” from AB5.

In turn, several of the state’s largest cities filed their own lawsuits to force compliance. Some 4,000 drivers also got into the act by filing $1 billion worth of back wage claims, according to Rideshare Drivers United.

In addition to affecting tens of thousands of gig workers in California, the future of AR5 has national ramifications.

COVID-19 has intensified the scrutiny over labor practices. The pandemic caused a steep decline in demand for ride-hailing services over the last three months, and lingering health concerns could continue to negatively impact the industry until a vaccine is found, according to several recent forecasts.

CPUC acknowledges the ongoing opposition to AB5. But the regulatory agency maintains that it still has authority over TNCs, and asserts that all TNC drivers are “presumed to be employees.”

Uber and Lyft criticized the new ruling, reiterating their stance that drivers are correctly classified as independent contractors and that the “overwhelming majority” of them want to retain the designation. Forcing a new employment status also could have significant economic and societal effects, threatening access to affordable mobility, the rival TNCs reason.

Expect a lot more of this type of back and forth between now and November.