California-based HAAH Motors, which earlier this year had to scrub plans to build and sell vehicles for China’s Zotye Automobile in the U.S., now has two agreements to do so with another Chinese carmaker: Chery Automobile. 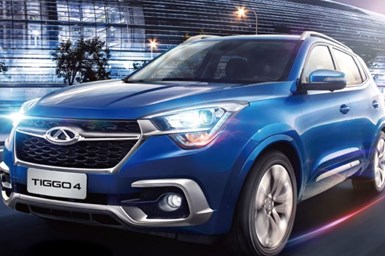 In February, HAAH announced that it will sell “near-luxury” models built on Chery’s Exeed platform under its new Vantas nameplate. The second brand, called T-Go, will be based on Chery’s mass-market Tiggo lineup of vehicles.

The ambitious plan calls for launching the American models within two years. HAAH plans to sell the cars at a 15%-20% discount compared with competitors in their respective segments, using a no-haggle pricing strategy.

If successful, the vehicles could be the first based on a design from a domestic Chinese carmaker to be built and sold in the U.S. Earlier this summer, China’s Kandi Technologies began selling two electric vehicles, including the entry-level K27 (starting price: $17,500), in Texas. Those vehicles are imported and currently are available only on a limited basis.

In recent years several other Chinese carmakers—including BYD, Chery, GAC, Geely, Great Wall and Zotye—have announced plans to expand to the U.S. All have dropped or delayed their efforts.

Those companies failed for various reasons, such as quality issues, regulatory hurdles, poor planning, unfavorable market conditions and a lack of brand awareness in the U.S.

Trade tensions poise another challenge. But Irvine, Calif.-based HAAH hopes to circumvent such concerns by assembling the Chery-based models in the U.S. rather than importing them.

To this end, the distributor is shopping for a shuttered manufacturing site in the U.S. to acquire. It reportedly has narrowed the list of candidates to three facilities and expects to decide soon.

Initially, the vehicles primarily will be made using imported parts, with domestic sourcing increasing over time.

HAAH has signed about 70 dealers and aims to eventually add another 270.

The first Vantas models are due in early 2022, starting with a three-row crossover derived from the Exeed VX. This will be followed later in the year by a T-Go compact crossover. Electric variants also are in the works.

But if recent history (especially this year) is any indication, interested buyers probably should wait before getting too excited or putting down a deposit on a new Vantas or T-Go. Breaking into the U.S. market is no easy feat.