California has set a “firm goal” to ban the sale of new piston-powered passenger vehicles in 2035.

The state currently accounts for about 11% of all new-car sales in the U.S. Fewer than 10% of those deals involve electric vehicles. 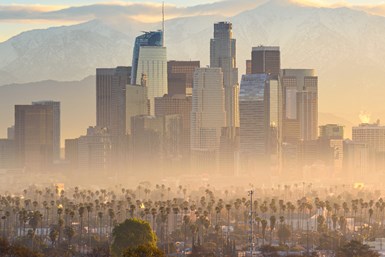 The new target is in the form of an executive order from Gov. Gavin Newsom. He directs the California Air Resources Board (CARB) to write regulations that would require 100% of in-state sales of new cars and light trucks to be zero-emission vehicles.

Doing so would lower the state’s greenhouse gas emissions, primarily carbon dioxide, by 35%, according to Newsom.

The order is the latest salvo in California’s fight with the Trump administration over its ability, granted by the 50-year-old Clean Air Act, to write its own air quality rules.

California and 22 others that follow its regulations sued the Trump administration late last year over the state’s CO2 regulatory powers and ability to impose sales quotas to boost electric-car sales. The White House is seeking a dismissal.

CARB also announced in August that five automakers—BMW, Ford, Honda, Volkswagen and Volvo—agreed to voluntarily meet CO2 limits that are tougher than the new U.S. regulations but not as strict as the Obama rules they replaced.

Sooner or later, the state and federal regulators must come to terms with who will be allowed to do what. But for now, the question is mired in multiple lawsuits.