Hyperion, a California startup specializing in hydrogen generation, storage and propulsion technologies, aims to launch production of its fuel cell-powered XP-1 supercar in 2022. 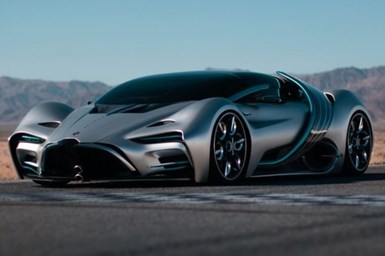 Today the company showed a proof-of-concept of the car, which has been in the works since 2016, via a short video.

Plans to unveil the vehicle earlier this year at the New York auto show were scrapped when the show was canceled by the COVID-19 pandemic.

Details are scarce. But the ones Hyperion released are impressive.

Thanks to a titanium carbon fiber chassis, the XP-1 weighs in at just 2,275 lbs. 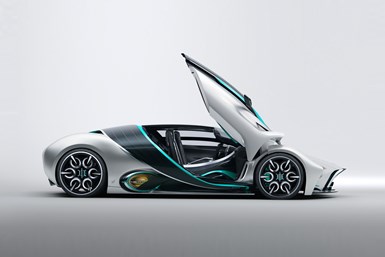 Hyperion claims the car’s dual-motor system can rocket the sleek 2-seater from a standstill to 60 mph in 2.2 seconds on its way to a top speed of 221 mph.

The car’s driving range is estimated at 1,000 miles.

Hyperion says the XP-1 is the first step in its plans to create a green ecosystem.

The company has been developing the underlying hydrogen fuel cell technology for the XP-1 since its formation in 2011.

Through its Hyperion Energy division, the startup aims to develop a hydrogen infrastructure in the U.S. and other regions. No timeline was given for the initiative.