Anti-microbial systems could be a popular option
#Ford #tech

How far will car buyers go to protect themselves against COVID-19 and other potential health hazards? 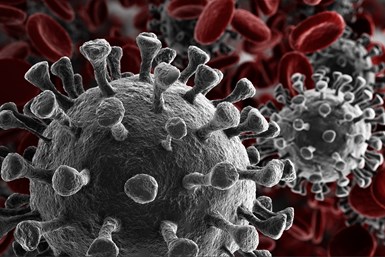 Half of the respondents in a new survey said they were “interested” or “very interested” in having an anti-microbial coating in their next vehicle. What’s more, they’d be willing to pay $100 or more for the feature.

“The COVID-19 dynamic has emphasized the underlying importance of having a personal vehicle, and consumers are re-thinking their personal transportation needs as they adapt in this new environment,” says Kyle Davis, IHS senior automotive analyst, UI/UX.

In previous surveys, IHS found that nearly half of respondents plan to reduce their usage of ride-sharing vehicles from pre-pandemic levels, and another 25% indicated they won’t use such services at all in the future. Of those who still plan to use ride-hailing platforms, 80% expect shared vehicles to have some sort of disinfecting capability.

Noting that it isn’t practical or economically viable to treat the entire passenger cabin, IHS says anti-microbial coatings likely will focus on a few high-touch surfaces. These include:

The auto industry is developing several chemistries to address the issue. Copper-based alloys are among the most promising, according to IHS. Copper’s natural anti-microbial properties that have been shown to eliminate the presence of COVID-19 on surfaces in less than four hours after exposure. The downside: copper coatings are pricey.

Several non-coating COVID solutions also are in the works. These include advanced air purification systems, ultraviolet lights, safety partitions and extreme heat. Ford is testing the latter, which can heat an unoccupied interior to 133°F in a few minutes, in its fleet of police cruisers.