Germany’s auto industry, which depends heavily on exports, is in trouble.
#Carbon #europe

Germany’s auto industry, which depends heavily on exports, is in trouble.

It’s All About Exports

Germany is the world’s third-largest vehicle producer, behind only China and the U.S. But unlike those markets, which consume most of what they make, Germany exports more than 70% of its output. 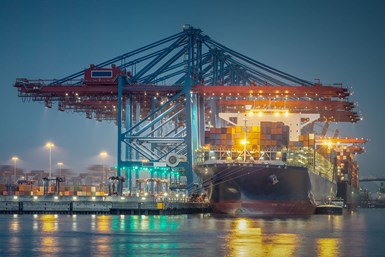 Now that happy state of affairs is being shaken by cooling demand in major markets caused by slowing economic growth and rising trade disruptions. Another factor: German carmakers have been hiking production in or near markets they serve, notably in North America and China.

But even that boom is probably over, the association says. It notes that Germany’s heavy shift to electrification means fewer automotive jobs ahead. That’s because electric powertrains are far simpler than those involving piston power. That reality is bad news in Germany, where the auto industry currently accounts for roughly 860,000 jobs and has been a symbol of the country’s industrial might.

All European carmakers are scrambling to push EVs into the marketplace. They desperately need those sales right away to satisfy this year’s lower carbon dioxide tailpipe emission limit in Europe.

Carmakers in Europe are supposed to hit an average of 95 grams per kilometer of CO2 emissions in 2021. But most manufacturers have been struggling to meet even the current level of 130 g/km. By 2030, the allowable limit may drop below 60 g/km.

The pressure is strongest in Germany, since a high proportion of its exported vehicles are powerful and relatively thirsty luxury models. Converting those cars to electric power is a top priority—and an ominous sign for Germany’s economy.