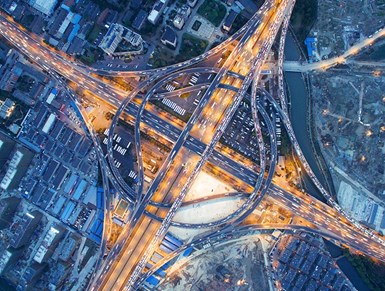 On the road again in China.  (Getty Images)

Deliveries had plummeted nearly 80% in February as the coronavirus spread in China. But sales rapidly improved, posting a 2% gain in May before dipping in June. Last month’s gain was the market’s strongest in more than two years.

CPCA says the two-month upturn might signal the end of a slump in car sales that began in China two years ago. But it’s too soon to tell for sure.

Electric vehicles were an especially bright spot for the Chinese market.

Demand for EVs is showing signs of revival after a year-long skid that began when the government began to tighten its incentives program in mid-2019. But sales jumped 45% to 82,500 units in August, according to CPCA.

The Chinese EV market’s best-selling model in August was the microscopic Hongguang Mini EV produced by the SAIC-General Motors-Wuling venture. The two-door city car, which debuted in July, has collected some 50,000 orders. Consumers scooped up 15,000 copies of the four-seater last month.

Whether China’s car market can sustain a recovery isn’t certain. But its sales slump began more than a year ago. That means posting positive year-on-year results will be easier than for the American market, where demand was still strong a year ago.