The up-again, down-again Indian car market is down again, as the country's auto industry struggles to make sense of the data.
#asia

Factory shipments of passenger vehicles in the country rallied in October but resumed their decline in November. Wholesales are trailing last year’s results by 14% in the fiscal year that began on April 1. 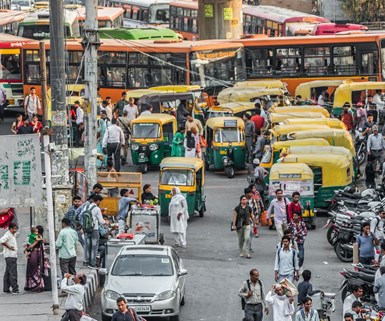 The industry has plenty of forces to blame: a weak economy, sagging consumer confidence, a tight credit market and the 2-year old nationwide Goods and Services Tax.

GST is an attempt to replace India’s arcane patchwork of local taxes by dumping goods and services into five tax brackets ranging from 0% to 28%. Where do cars falls? Yep, 28%.

Tax Cut to the Rescue?

Indian carmakers spent last summer idling plants, slashing inventories and laying off thousands of workers to adjust output to demand. As in all major car markets, Indian SUV sales are booming. But growth in that segment hasn’t always been strong enough to offset fading buyer interest in conventional sedans.

The shrinkage has been hammering India’s auto parts industry too. Both groups have been urging India’s government for months to roll back the GST, just as it trimmed its tax on corporations from 30% to 22% earlier this year. Government leaders reportedly are thinking about a tax cut on personal income to revive spending. But so far, mum’s the word on the GST.

India’s car market is heavily influenced by the effect of monsoons on farm production and the wattage of consumer interest in buying expensive items during the country’s autumn festival season. One ray of hope: Dealers in India report a tiny uptick in retail sales for November.

Or maybe not. Indian media point out that various trade groups often come to significantly different conclusions about the same sales data base. The Mumbai-based Economic Times notes that India’s federation of dealer associations reported that retail car sales in November improved by 1%, but SIAM estimates the growth at 6%.

As ET puts it, the lack of consensus on sales results raises questions about the veracity of the data itself, possibly handing the Indian auto industry another conundrum to solve.