Carmakers to Add Rear-Seat Reminders by 2025

Two industry groups representing 20 carmakers have agreed to equip new vehicles sold in the U.S. with rear-seat occupant reminders by 2025. 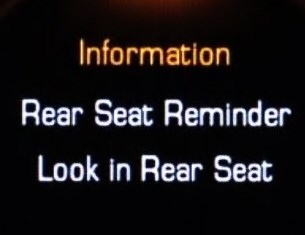 The technology uses visual and audio alerts to help prevent children from being inadvertently left behind in a vehicle. Since 1998, an average of 37 children die from heatstroke in the U.S. per year from being left inside a hot car.

Under the voluntary agreement, which was announced today by the Alliance of Automobile Manufacturers and the Assn. of Global Automakers, new vehicles will include a system that prompts drivers to check the backseat after a car has been shut off.

Several carmakers, including General Motors, Hyundai and Nissan, have added such alert systems in recent years. Hyundai plans to standardize its rear occupant alert system on all 2022-model vehicles sold in the U.S.

In May, the U.S. Senate introduced legislation that would require new vehicles to include a rear occupant alert system. Several senators say the new voluntary agreement eliminates the need for a formal mandate.