Carmakers Ask for a Timeout on Emissions in Europe

Carmakers are asking for a six-month delay in European emission standards currently set to begin in January.

At issue is the region’s so-called Euro 6 pollution standards, not the lower carbon dioxide emission limits that went into effect six months ago. 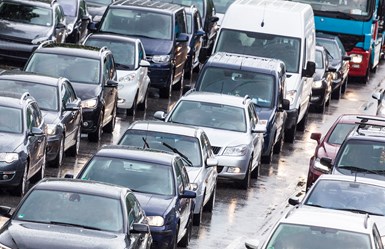 Euro 6 rules began in September 2015, but they’ve been modified several times since then. Each change requires that all affected models be re-certified. But carmakers say the coronavirus crisis has disrupted that approval process.

The formal name of the latest standard is Euro 6d ISC-FCM. Those letters at the end refer to new vehicle requirements regarding in-service conformity and fuel consumption monitoring.

Trade group ACEA, which called for the postponement today in a letter to the European Commission, says new vehicles that don’t meet the ISC-FCM requirements are just as clean as those that do. The group figures dealers have stockpiled some 600,000 of such cars, none of which can be legally sold after December. ACEA figures another 40,000 produced vehicles won’t meet a temporary variant of the rule for diesels.

The backlog, coupled with a still-sluggish car market caused by the pandemic, means that carmakers may soon be forced to again suspend production until sales catch up, ACEA warns.

The issue is compounded by a backlog of some 2,100 emission system types that do meet the new rules but haven’t been certified yet. Why the delay? EU restrictions aimed at controlling the pandemic also interfered with the approval process.

European carmakers found themselves in a similar jam two years ago. That’s when several producers, notably Volkswagen Group, got behind in certifying their cars under Europe’s new WLTP (worldwide harmonized light vehicle test procedure) protocol. The issue knocked several of VW’s most popular models out of the market for weeks until they could be retested.

In today’s letter, ACEA points out that the same issues prompted China to grant a six-month extension for meeting tweaks to its China 6 emission limits. Similarly, Japan agreed to a three-month extension in the certification process during its switch to the WLTP testing method.

European regulators aren’t eager to stall on emissions. But ACEA’s argument that a delay won’t actually affect emission levels—but will certainly help maintain employment in the auto sector—seems all but certain to prevail.