Other members of the so-called Coalition for Sustainable Automotive Regulation are Aston Martin, Ferrari, Isuzu, Maserati, McLaren and the Assn. of Global Automakers.

In September, the Environmental Protection Agency formally revoked California’s powers in both areas. California, the District of Columbia and 22 other states promptly petitioned the U.S. District Court in Washington, D.C., to block the EPA ruling. 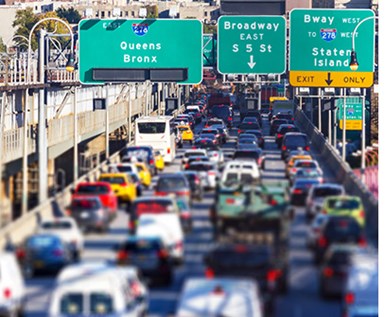 By joining the government’s position in the battle, the carmakers are at odds with four of their own. BMW, Ford, Honda and Volkswagen struck a deal in July with California to meet a compromise set of increasingly tougher standards between the 2022 and 2026 model years.

California and a dozen states that follow its regulations have vowed to enforce the sharply tougher standards currently set to phase in between 2021 and 2025. The Trump administration is expected by year-end to replace those Obama era regulations with far milder targets.

The White House and carmakers both say they want to maintain a single set of reasonable emission and fuel economy rules for the entire country. California and its backers agree, but they see no justification for rolling back the existing schedule of more stringent goals.

Carbon dioxide emissions are at the crux of the debate. CO2 was not considered a pollutant when the Clean Air Act of 1970 gave California the right to write its own emission standards. The state was allowed to add CO2 to the list in 2013 by an EPA waiver concerning so-called greenhouse gases.

But carbon dioxide output is directly related to how much fuel an engine burns. So, regulating CO2 also creates a de facto fuel economy standard. By federal law, only the National Highway Traffic Safety Administration may set fuel economy goals.

Currently, California and federal CO2 standards align, so there is no conflict with NHTSA’s fuel efficiency goals. That would change if California goes ahead with CO2 limits that are lower than the those set by EPA.