Carmakers are on high alert about possible disruptions caused by the coronavirus outbreak that began in China two months ago.
#Honda #Renault #Nissan

Carmakers who do business in or with China are on high alert about possible disruptions caused by the coronavirus outbreak that began in Wuhan at the beginning of December.

The outbreak, which has sealed off the entire Hubei province in which Wuhan is located, has isolated virtually all of China from the rest of the world is quickly spreading to other countries.

Wuhan is a major production auto production hub with capacity to make roughly 1.6 million units per year. Honda’s three joint-venture factories in the area account for more than one-third of that total (and half of Honda’s total output in China), and all three were idled by the crisis last week. 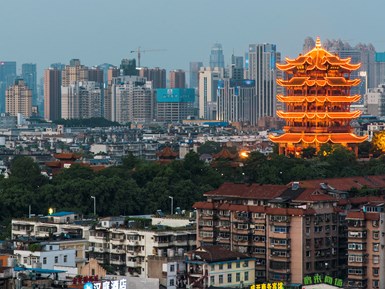 Wuhan is home to more than 11 million people. (Getty Images)

Other global carmakers with assembly operations in Wuhan include General Motors, PSA Group and the Nissan-Renault alliance.

The impact of the coronavirus outbreak on manufacturing was muted by last week’s celebration of Spring Festival, or the Lunar New Year. Some auto industry companies are extending their normal holiday breaks. Ford, for one, says it won’t resume normal operations at its facilities in Chongqing province through next week.

China has imposed sweeping travel bans to and from Wuhan. Many global carmakers are either doing the same or advising their employees to avoid nonessential trips anywhere in China.

Some 40 airlines—among them Air Canada, American, British Airways, Delta, KLM, Lufthansa and United—have begun limiting or suspending serve to and from China. Delta doesn’t plan to resume normal service between the U.S. and China until the end of April.

No one knows yet how deeply the crisis might affect car sales in China, the world’s largest national car market. Any significant outbreak of the virus in other countries appears certain to disrupt their markets, depending upon how well local authorities are able to control the spread of the coronavirus within their borders over the next several weeks.

As of Sunday night, at least 23 countries had reported more than 17,200 cases of coronavirus infections, including at least 11 in the U.S. Deaths from the virus are approaching 400, with all but one—a fatality of a 44-year-old man in the Philippines—occurring to date in China.

This will get much worse before it gets better. On Sunday night health experts estimated that the actual number of people infected with the virus is at least 100,000 and growing.

But let’s put the threat in perspective. This season’s flu outbreak in the U.S. has infected at least 19 million people and killed 10,000 or more, according to the Centers for Disease Control in Atlanta.