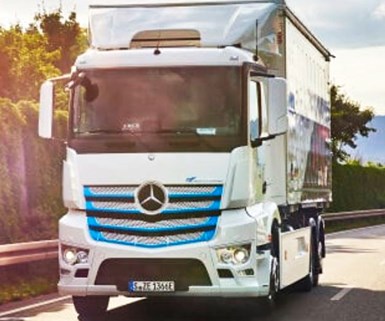 The batteries initially will be used in the Mercedes-Benz eActros and Freightliner eCascadia heavy-duty trucks, plus the Freightliner eM2 medium-duty model. Daimler launched limited production of the electric trucks last year. It isn’t clear who supplies batteries for those vehicles.

Daimler will assemble cells from CATL into batteries at facilities in Germany and Detroit.

CATL, which is China’s largest EV battery supplier, previously announced plans to open a manufacturing plant in Germany. The company recently won battery cell contracts with BMW, Bosch and Toyota, and also is said to be in talks with Porsche AG.