China’s first locally made car with the ability to drive itself is set to go into production later this year.

In traffic at speeds under 25 mph, the vehicle can recognize its surroundings and steer, accelerate and brake accordingly—all with literally no human oversight, according to the company. 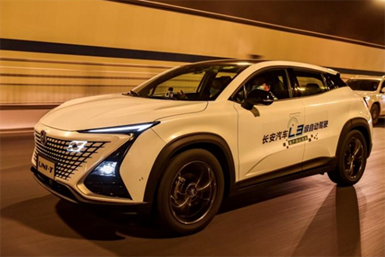 The car can drive itself at higher speeds too. But under those conditions, the driver is expected to monitor road conditions continuously and be ready to take control if the autonomous system requests help.

If this sounds like a description of Tesla’s Autopilot feature, it should. Both systems claim similar autonomous driving capabilities.

But as an analysis by federal safety officials of Tesla crashes confirms, Level 3 systems aren’t infallible. Sometimes they fail to discern their surroundings accurately and can get into serious trouble if the driver fails to assume control quickly.

Changan says it will address that important issue in 2025. That’s when the company plans to go to the next level, literally, with Level 4 technology.

A Level 4 autonomous driving system also handles all driving duties automatically under defined conditions. But it goes a Level 3 system one better by being able to safely pull over and stop the car if it gets confused and the “driver” can’t be rousted to quickly take over.