China says electric cars made by Tesla Inc.’s new factory in Shanghai will qualify for government’s sales discounts worth as much as $3,500.
#Tesla #asia

China says vehicles made by Tesla Inc.’s new factory in Shanghai will qualify for the government’s sales discounts. 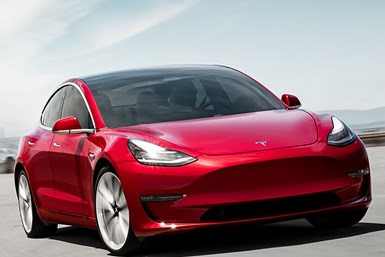 The Ministry of Industry and Information Technology’s ruling means that buyers of locally produced Model 3 electric sedans could receive a discount worth as much as 25,000 yuan ($3,500), Bloomberg News says. The cars are expected to retail for about $50,000.

A report earlier this week suggested the Model Y could go into production at Tesla’s California plant as early as next summer.