China is having second thoughts about phasing out discounts on electric cars after EV sales dropped 4% last year.

The multi-billion-dollar program began in 2010, paying as much as $7,200 to lower the price of an all-electric vehicle. The plan drove EV sales to a record 1.25 million units—about 60% of the entire global market for electrics—in 2018.

But planners began tightening performance standards to qualify for the program two years ago. They hiked minimum range in all-electric mode by one-third to at least 200 km (124 miles), for example. The central government also pressured the regional government to drop their own incentive programs, because most were structured to support only local producers. 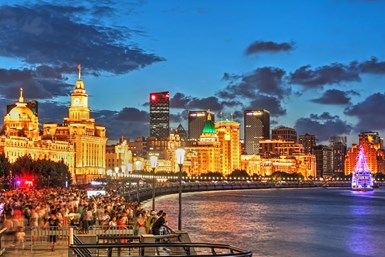 By late 2019, government planners figured it was time to spend less on EV sales and more on developing China’s network of public EV charging stations. The government cut sales incentives by about 50% in June and announced that the discount program would expire by the end of 2020.

Analysts warned at the time that turning off incentives could push EV prices up 25% or more. That prospect didn’t appear to bother central planners. Reports said they hoped to weed out weak competitors and push the survivors into using innovation and technological advances to lure buyers.

Miao Wei, China’s ministry of industry and information technology, tells reporters in Beijing that the end of sales incentives will “probably be postponed for a little longer” without elaborating. A government decision isn’t likely for several months.

In the meantime, EV sales in China will have trouble maintaining last year’s pace, let alone growing. That means the government’s goal of reaching a record 2 million EV deliveries in 2020 has vanished.

It’s a vivid reminder that even in the world’s largest EV market, electrics still cost too much to mount a serious challenge for piston-powered cars.