China’s Ministry of Commerce claims the U.S. and China have reached a “consensus on properly resolving relevant issues” in their year-long trade war.
#MINI #asia

China’s Ministry of Commerce says the U.S. and China have reached a “consensus on properly resolving relevant issues” in their year-long trade war.

The U.S. confirms that negotiators from both countries talked by phone this morning but declined to comment on the topics.

The Chinese ministry says the two sides agreed to stay in contact to finalize a so-called “phase-one” mini-agreement under which the U.S would lower tariffs on certain Chinese goods, and China would buy more U.S. farm goods. 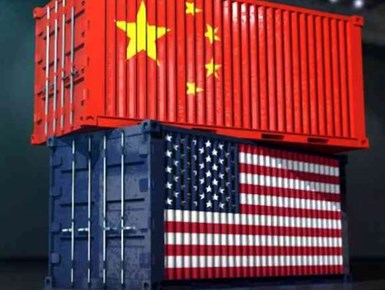 The two countries have been wrangling over the deal since October. President Donald Trump has heralded the would-be accord as “by far the greatest and biggest deal ever made” for American farmers.

The potential agreement is very narrow in scope. Still, its completion would mark the first real progress since trade negotiations began more than a year ago. If a deal isn’t finalized by Dec. 15, the White House must decide whether to postpone another round of taxes on Chinese goods scheduled to begin on that date.

Trump had no immediate comment on the status of the mini-agreement. That led some analysts to predict the pact may not be finalized until next year, Bloomberg News reports. Still unclear is when the two countries will resolve more substantive demands by the U.S. for stronger intellectual property protections and an end to government aid to Chinese companies that compete in the U.S.

Yesterday China’s took a first step to address copyright, patent and IP issues by revealing guidelines for toughening up penalties for violators. But turning those suggestions into law is likely to many months.