GAC is already a big player in China. The 11-year-old company is part of the state-owned Guangzhou Automobile Group, which operates joint ventures in China with Fiat Chrysler Automobiles, Honda, Mitsubishi and Toyota. 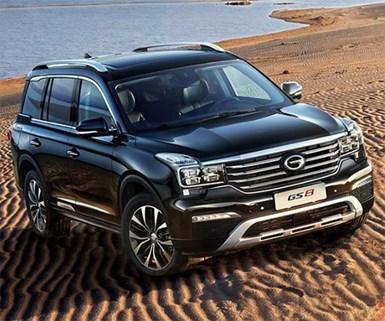 Back in May, GAC shelved plans to start shipping cars in 2020 from China to the U.S., citing the continuing trade war between the two countries. In the meantime, it has begun sending its flagship seven-passenger, 1.9 million-ruble ($30,400) GS8 SUVs to Russia, Automotive News China reports.

The GAC isn’t shy about its global aspirations. The company launched itself with a focus on worldwide sales.

That meant setting up a world-class production system and designing its models to meet international performance and regulatory standards. That’s one reason why the company operates four providing grounds in Europe and one in New Zealand in addition to three in China.

The company’s current domestic product lineup comprises a minivan, four sizes of SUVs and four sizes of sedans. All are positioned as relatively luxurious models with plenty of high-tech features.