Chinese drone maker Ehang, which is developing its own autonomous air taxi, aims to raise $100 million through an initial public stock offering.

Late last month the Guangzhou-based company filed paperwork with the U.S. Securities and Exchange Commission for a Nasdaq listing. No timetable for the IPO was indicated. 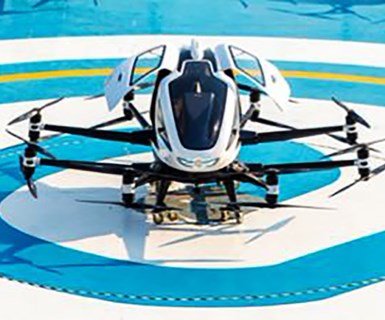 Earlier this year, EHang became the first company to receive approval to launch a trial program for an air taxi service in China. Initial tests with passengers in EHang’s vertical takeoff and landing (VTOL) plane were conducted in September.

Founded in 2014, EHang has raised $52 million from venture capitalists. The company says it has delivered 38 VTOLs for customer testing.

In addition to air taxis, the company envisions using VTOLs to deliver medical supplies and other goods. In May, the company partnered with Deutsche Post DHL Group to test small unmanned drones that can carry packages weighing as much as 11 lbs.