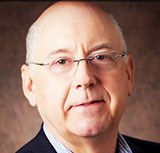 Hosford spent 20 years at Hyundai’s North American operations, rising to executive director of communications by the time of his departure in 2016. He previously worked at Chrysler and Hill & Knowlton, where he led the Mazda account.

Since early 2017, Hosford has headed his own communications consulting firm. HAAH and Zotye USA were among his clients.

Zotye aims to launch U.S. sales of its T600 compact crossover by early 2021, followed later by a larger crossover and a sedan.