China’s Li Auto is the latest electric car company to jump into the lucrative U.S. capital market with a planned initial public offering.

The 5-year-old startup hopes to raise as much as $950 million by offering 95 million shares at $8-$10 each. The stock will list on the NASDAQ under the symbol LI. 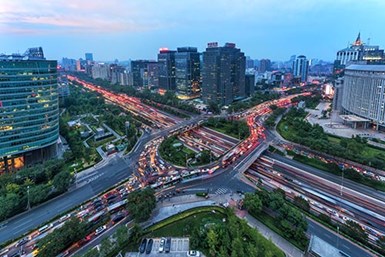 Li Auto makes electric SUVs that start at about $21,000 in China. The company, which has not turned a profit yet, sold about 10,000 of its flagship Li ONE extended-range EV in the first half of 2020. In a regulatory filing, the EV maker says it expects to add a luxury SUV in 2022.

The company has 21 showrooms in China and expects to triple that number by the end of December.

Like other EV startups with IPO plans, LI Auto hopes to cash in on investor enthusiasm for EV companies such as Tesla, whose share price has more than tripled this year to around $1,500. Tesla has become China’s top-selling EV brand since it opened its assembly plant outside Shanghai in January.

Nikola, the Arizona-based developer of trucks powered by batteries or fuel cells, jumped into the stock market in June through a reverse merger with VectoIQ. The carmaker’s share price more than doubled in the first week of trading. But it’s been a bumpy downhill ride since then: Nikola shares closed yesterday $2 below their $34 launch price.

Undeterred, California-based Fisker aims to launch its Ocean electric crossover in 2023 with the help of a reverse merger by year-end with Spartan Energy Acquisition. The deal would value Fisker at $2.9 billion.

At least two other Chinese EV startups—Hozon New Energy Automobile and WM Motor Technology—also plan to go public in the next several months, Bloomberg News says. But it adds that several Chinese EV makers have folded this year, in part because of a decline in demand for electrics in the country.

Tesla is a good role model for EV startups looking for success in the stock market. But none of the contenders has the same mystique—or bigger-than-life leader—to woo customers.

That means an IPO isn’t a cure-all for the financial strain of launching a new company. Some analysts are cautioning that investor enthusiasm for all (automotive) things electric might not last long.