Funding push expected to be followed by IPO in October
#asia

That’s how much Shanghai-based electric-car startup WM Motor has just raised in what it describes as China’s largest funding round for a fledgling EV company. 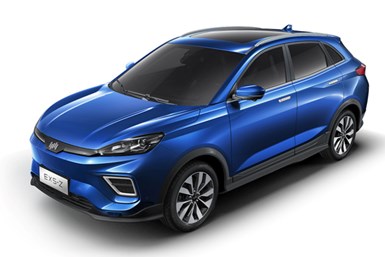 Next up will be a larger SUV, unveiled last year as the Evolve concept, in 2021.

Analysts says backers are betting on the WM Motor in part because of the pedigree of its executive leadership. They note that most of the team comes from the automotive sector, as opposed to the internet services arena.

Co-founder and CEO Freeman Shen, for example, is a former senior executive and board member at Geely. He served as chairman of Volvo Cars in China after Geely acquired the Swedish carmaker from Ford a decade ago.

WM Motor plans to use the latest investment to add engineers, broaden its retail operations and develop a connectivity platform for its vehicles.

The company also reportedly plans to float an initial public offering in Shanghai next month.