He succeeds John Barkhouse, who has been serving as interim CEO since Joe Walicki, a 31-year JCI veteran, retired in December. Barkhouse will continue in his role as chairman of the board.

Wallace, 53, has extensive experience on the OEM and aftermarket side of the business, both for passenger cars and commercial vehicles. 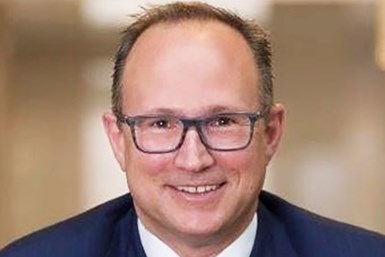 Wallace takes the reins at Clarios at a key time in Clarios’ long history, which dates back to 1911 (it started as a lighting equipment supplier before entering the battery aftermarket in 1924 as a major supplier to Sears).

His appointment comes just over a year after Brookfield Business Partners, a Toronto-based investment firm, completed its $13.2 billion purchase of the company.

The battery operations had generated about one-fourth of JCI’s revenues but fallen short of margin and profitability targets. As a result, it didn’t receive the capital and management attention needed for growth.

JCI, which merged with Tyco in 2016, sold the battery business to focus on its core building-related businesses. The company also spun off its seating and interiors business, which is now named Adient.

Clarios is the largest automotive battery supplier in the world—by far. The company supplies one-third of the batteries used in new passenger and commercial vehicles.

Almost all of the batteries are traditional lead-acid units used in conventionally powered ICE vehicles. Hybrid and full-electric models typically use high-voltage nickel-metal-hydride or, more likely, lithium-ion batteries, as their primary power sources.

Clarios believes it’s well positioned for the future, regardless of what type of propulsion system is used.

That’s because almost all vehicles use a 12-volt lead-acid battery. In EVs, such units are used to power auxiliary components and to help start the primary lithium-ion battery.

Clarios is increasingly focusing on more advanced lead-acid technologies such as absorbent glass mat (AGM) and enhanced flooded (EF) batteries. AGM is a more robust system that lends itself to automatic stop-start systems, while EF systems are designed for an extended life and with a larger number of charging cycles.

The supplier also has a 2-year-old partnership with Toshiba to produce dual-battery systems. The 12-volt architecture teams a Clarios lead-acid unit with a Toshiba lithium-ion battery, which the partners say can provide some of the benefits of a 48-volt mild-hybrid system—such as stop-start and regenerative braking—but with less complexity and at a lower cost.