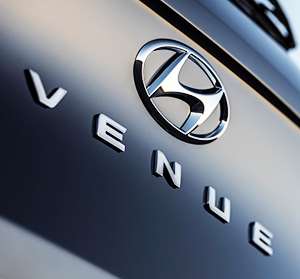 The all-new model, which will be positioned below the Kona, will be unveiled at next month’s New York auto show. Pricing in the U.S. is expected to start at about $18,000.

Several Hyundai models are named after cities or places, such as Santa Fe, Kona, Tucson and the upcoming Palisade large crossover. The oddly named Venue is meant as an offshoot of the practice.

Hyundai says the name signifies “the place to be, en route to the final destination.” The vehicle symbolizes a trendy, unique style and will be targeted toward “urban entrepreneurs,” according to the carmaker.