Vehicles sharing information with each other and the surrounding infrastructure sounds great in theory, but making it work in the real world is no easy feat. 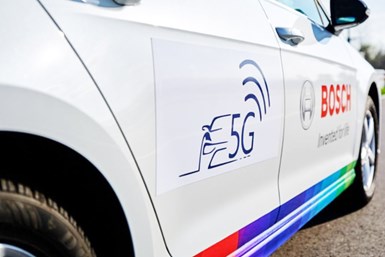 To help facilitate the effort, Germany’s Ministry of Education and Research formed the 5G NetMobil consortium three years ago. The group, which is led by Bosch and Dresden Technical University, just released the results of its initial research projects.

For fully connected driving to become a reality, the consortium notes, vehicle-to-everything (V2X) communication must be failsafe, with high data rates and low latency.

But what happens if the quality of the data link changes, leaving less bandwidth available for direct V2X communication? 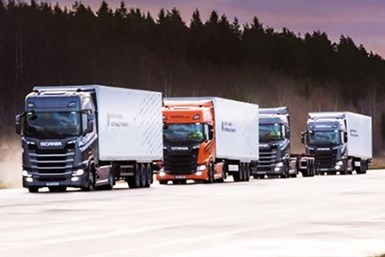 To address such concerns, the partners developed an agile “quality of service” concept to detect changes in the provided network quality and alert vehicles operating over the system to make any necessary adjustments. One example: Connected vehicles traveling in a platoon could be switched to manual operation, or the distance between them could be increased.

For intersection crossings, NetMobil recommends using separate discrete networks to transmit safety critical information. This would help ensure that communication about pedestrians is always enabled, whereas non-critical information (streaming videos and updating road maps) could be temporarily interrupted if needed, the group explains.

Another safeguard would be to allow vehicles to seamlessly switch between 5G and ITS-G5 if the network being used goes down. Netmobil notes that it wants to help develop standards for both systems, enabling technology-agnostic communications.