UVeye, a Tel Aviv-based startup that specializes in vehicle inspection devices, has developed a new system to determine if vehicle occupants are running a high temperature, which is a possible sign that they have been infected by the coronavirus.

The company is offering to provide test equipment to U.S. healthcare providers, emergency service fleets and other government agencies to help identify people for follow-up tests and treatment. 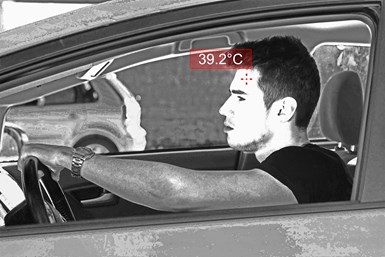 Using infrared thermal-imaging, UVeye’s system can measure body temperatures through the windshield from a distance of several meters at vehicle speeds of less than 5 mph. The system is accurate within 0.3°F, according to the supplier.

Having a fever is one of several warning signs associated with the virus. People experiencing such symptoms should consult with a doctor to determine if an approved laboratory test is needed.

UVeye says the thermal imaging system could be installed in conjunction with emergency drive-through lanes set up at hospitals, healthcare facilities and other community locations to help speed up and streamline testing processes. 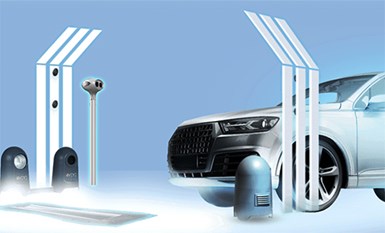 Emergency response fleet operators also could use the system to quickly take the temperature of police officers, ambulance drivers and paramedics at the end of a shift. Another potential application would be for food delivery services.

UVeye plans to offer the equipment at cost for such applications throughout the outbreak of the pandemic. The company also is targeting car dealers, independent garages and car rental agencies, which could use the technology to measure the temperature of vehicle occupants and minimize their exposure to mechanics and other employees and customers.

The supplier, which began developing the technology over the last few weeks, says it can begin supplying equipment on a limited basis to critical points in the U.S. within the next week. It currently has a few dozen units in stock and is preparing to increase production in Israel as needed.

UVeye is partnering with an infrared sensor supplier on the system. The company already has orders from several customers in the U.K. and the U.S., and it has received dozens of additional inquiries after formally announcing the system on Tuesday.

UVeye’s core camera-based artificial intelligence technology is used for a variety of vehicle inspections, including at border crossing and other security checkpoints to detect the presence of weapons, explosives and other potential threats hidden in a vehicle’s underbody. The technology also can be used for license plate recognition and to identify hard drives, storage devices and other computer equipment used to commit cyber crimes.

More recently, UVeye has developed scanning systems to identify myriad defects and other vehicle quality issues within seconds at dealerships and manufacturing sites. The company has partnerships with six carmakers.