Continental has named Nikolai Setzer, who currently heads the company’s automotive unit, to be its new CEO, effective Dec. 1. 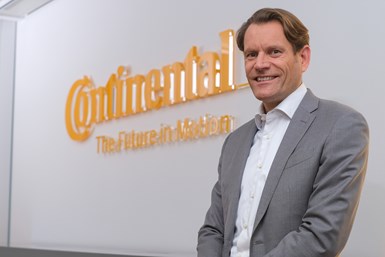 The appointment had been widely anticipated since current CEO Elmar Degenhart announced his retirement two weeks ago due to health reasons.

Degenhart, who has led the supplier giant for 11 years, will stay on until the end of the month.

The change in leadership comes in the midst of a restructuring effort that Degenhart started about three years ago. But analysts have grown impatient. They are pushing to speed up the process as Continental has been slow to transition away from traditional automotive components to electrified propulsion, automated driving and other new mobility technologies. 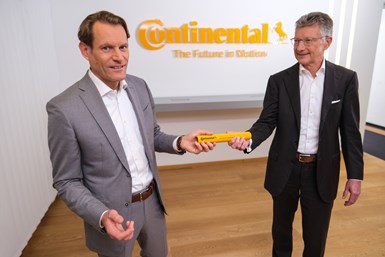 At 49, Setzer is about the same age Degenhart was when he took the helm. And he’s even more of an insider. Setzer has spent his entire career at Conti—including leadership stints at the company’s passenger car and tire units—after earning degrees in mechanical engineering and economics.

He was named to the company’s executive board in 2011 and assumed his current position last year.

The 61-year-old Degenhart joined Conti in 1998 through the supplier’s acquisition of ITT Automotive. He later took executive positions at Bosch and Keiper Recaro, then became president of Schaeffler Automotive at about the same time that company acquired Continental in 2008.

“Nikolai Setzer has our utmost trust and confidence. The Supervisory Board is certain that he will push forward with and successfully shape this transformation,” says board Chairman Wolfgang Reitzle. He cites Setzer’s Setzer’s “long-standing bond with Continental and its company values as well as his extensive international experience.”

For his part, Setzer says his most urgent task, together with executives and employees worldwide, is to “pursue our ongoing growth course as a technology company without interruption and to lead Continental into a new era of mobility, backed by profitable growth.”

Setzer, whose initial contract runs through March 2024, will be expected to hit the ground running. Fast.

Conti’s next update to investors is expected before year-end.