Manufacturers from around the world continue to ramp up efforts to help fight the coronavirus. The effort has led to new partnerships, employee resolve and lots of ingenuity. 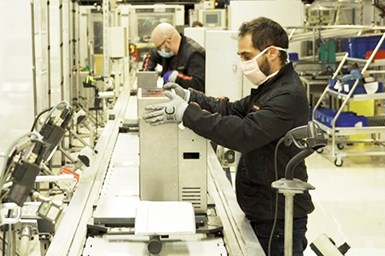 The latest example is Volkswagen Group’s SEAT unit, which is converting a vehicle manufacturing facility in Spain—one of the hardest hit countries by the pandemic—to produce desperately needed ventilators for hospitals. SEAT is working with several suppliers, university researchers and healthcare experts on the initiative. 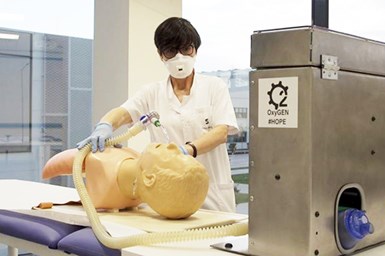 A team of SEAT engineers designed 13 potential prototypes that could be built by adapting existing production processes and materials for use in the medical devices. It took only a week to find a viable system, according to the carmaker. 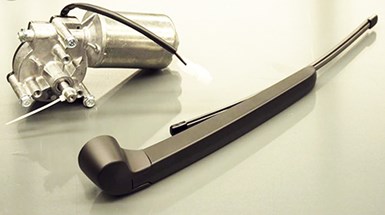 The device is assembled on a line that previously was used to manufacture subframes for the popular Leon small car.

As part of the production process, each unit undergoes a thorough quality control check with ultraviolet light sterilization.

SEAT says some 150 employees from four different areas of its Martorell plant are involved in the production process, using reconfigured workstations.

The carmaker worked with Protofy.xyz, a Barcelona-based testing and prototyping company, to design the ventilator. Other collaborators on the project include:

The OxyGEN ventilators currently are being tested for approval by Spanish authorities.

“The motivation of everyone participating in this project is that with our know-how we can mass-produce equipment that will save lives,” Nicolas Mora, a production worker involved in the project at the Martorell plant said.