Cooper Standard Holdings Inc. says its new artificial intelligence-based process can reduce material development time by as much as 80%.
#tech

Cooper Standard Holdings Inc. says its new artificial intelligence-based process can reduce material development time by as much as 80%.

The Novi, Mich.-based company developed the proprietary software tool in collaboration with California startup Uncountable Inc. The initiative is an outgrowth of Cooper Standard’s i3 (image, initiate, innovate) program.

Cooper Standard first used the AI technology in late 2017 after a year using traditional mix-and-test techniques to meet the demanding specifications for a new high-pressure fuel delivery hose. With the modeling software, the company solved the problem in less than three months—most of which was spent identifying and entering data. The result was a new rubber compound that is about 30% lighter than the material it replaced. 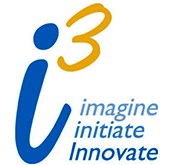 Since then, Cooper Standard has used the technology to analyze and develop dozens of products, several of which are beginning to enter production. The initial focus was on complex formulations that blended as many as 20 materials.

Now the company is beginning to use the process on virtually all polymer compounds used across its sealing, fuel and brake delivery, fluid transfer and anti-vibration product lines, says Chief Innovation Officer Chris Couch.

In addition to identifying the best mix of materials to meet performance targets, the process also can quickly weed out bad recipes so development engineers move on to other materials

Once the list of potential ingredients and desired performance metrics are entered, the program can be run in a few minutes on a standard desktop computer.