More plants open, but others are targeted for closure
#asia #europe #covid-19

Here is this week’s update on COVID-19-relate auto industry activities and developments:

Aston Martin says it will eliminate as many as 500 jobs because of weak demand for its ultra-luxury cars. But deliveries of the British carmaker’s DBX crossover vehicle are on track to begin later this summer. 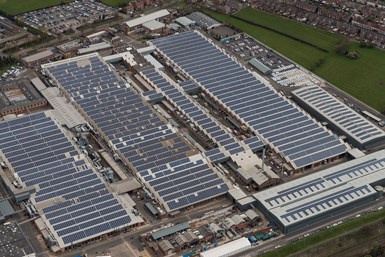 Bentley says it will cut its workforce by nearly 25%, shedding some 1,000 employees. The brand’s factory in Crewe, England, is running at 50% of capacity to ensure social distancing measures.

FCA CEO Mike Manley says the Italian carmaker is in no rush to rev up production in Europe until demand for its vehicles improves. In the meantime, FCA’s dealers in the region have a six-month supply of cars on hand.

Tata Motors has reopened all six of its factories in India, even though the country’s coronavirus epidemic continues to grow. India’s auto market remains sluggish in spite of eased stay-home orders in most areas.

Nissan will spend roughly $1.7 billion—mostly in payouts to the plant’s 3,000 workers—to close its truck and van assembly plant in Barcelona, a union source tells Reuters. Nissan said last week it would shutter the factory under a plan to shed excess capacity worldwide.

Nissan says it will shut down its big assembly plant in Sunderland, England, if the U.K. fails to secure a continued free trade deal with the European Union. Britain finally exited the EU at the end of January. Both sides agreed to extend their duty-free arrangement through the end of 2020, but talks about a new trade deal are stalled.

New-car sales in Britain plummeted 89% to 20,200 units in May, the month’s lowest volume since 1952, according to the Society of Motor Manufacturers and Traders. Year-to-date sales are down 51% in the U.K., where dealerships are just reopening after a two-month lockdown prompted by the coronavirus pandemic.

Italy may join Germany and France in offering hefty sales incentives for the market’s lowest-polluting vehicles. The plan would pay as much as $4,500 for buyers who also are scrapping an old vehicle. The measure is part of a broad economic bailout package not likely to be approved until mid-July, Reuters reports.

The United Auto Workers union complained earlier this week that Ford’s F-150 truck factory in Kansas City, Mo., isn’t following its own protocols to screen workers for symptoms of COVID-19.