Here’s this week’s update on auto industry activities related to the COVID-19 pandemic:

Ford is offering to make early payments to certain key suppliers to help them with their cash flow after being idled by the pandemic. The company hasn’t said which vendors are eligible for the voluntary program. 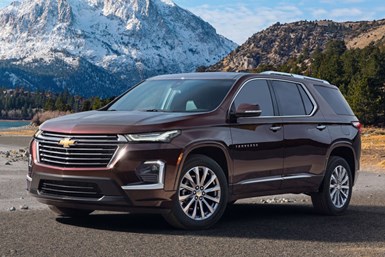 General Motors has delayed earlier plans to step up production right away at several of its just-reopened truck and SUV plants in Indiana, Michigan and Mexico. Bloomberg News says GM will add a second shift right after Memorial Day at its SUV factory outside Lansing, Mich., but won’t do the same at plants in Flint, Mich.; Fort Wayne, Ind.; and Sialo, Mexico, for several more days.

The governor of Mexico’s state of Puebla has nixed plant relaunches by Audi and Volkswagen, saying the facilities lack a plan to provide a safe work environment. He also points out that the coronavirus pandemic is still expanding rapidly in the country. Industry trade groups are urging him to allow cautious launches anyway.

The U.S. Mexico Canada Agreement is to go into effect on July 1. But details about what it will take to satisfy the trade pact’s local content rules won’t be released until June 1, Automotive News notes. Carmakers are likely to ask for more time to retool their supply chains, arguing that they already have their hands full trying to restart North American plants shuttered by the pandemic.

China’s auto market is reviving in part because of a huge wave of sales incentives ranging from free oil changes to cash-back offers, Reuters reports. But analysts worry that such stimuli, which have hiked demand to year-ago levels since March, will fizzle out next month. That, they say, means a sales slump—and then a price war—in the next month or so.

Japan’s auto exports plunged 50% in April as demand in all major dried up, the country’s Ministry of Finance says. Shipments of automotive components dropped 39%

Porsche’s North American launch of its first all-electric car, the Taycan sports car, has been spoiled because the plant in Stuttgart that makes it was shut down in April for six weeks by COVID-19. April-May output was supposed to buoy the car’s American debut. But Porsche tells Automotive News those vehicles have been lost to the North American market this year.

Hertz, the 102-year-old car rental giant, has filed for Chapter 11 bankruptcy protection in the U.S. and Canada for brands that also include Dollar and Thrifty. Abysmal demand and plunging prices for cars retired from its fleet left the company short of cash to cover its debts. Hertz’s biggest suppliers of fleet vehicles are General Motors, Ford and Fiat Chrysler Automobiles. The company is on its fourth CEO in six years.

Jaguar Land Rover reportedly is angling for a government-backed bailout loan worth more than $1.2 billion (£1 billion) to help it survive a collapse in sales caused by the coronavirus. JLR also seeks tax breaks, tech research grants and other breaks.

Ferrari is launching a $709 million (€650 million) bond sales to enhance its liquidity. The iconic supercar maker has done better than most during the pandemic, with net earnings down only 7% in the first quarter.