Here’s our latest look at auto industry activity related to the coronavirus pandemic:

Bentley is extending its plant shutdown in the U.K. by three weeks to May 11. Full production levels will follow on May 18. 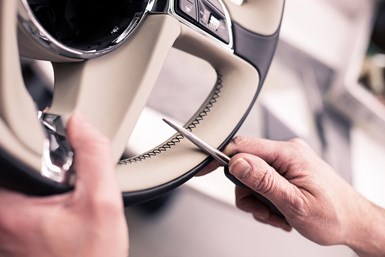 Toyota and Mazda are delaying the 2021 startup of their new jointly owned assembly plant in Huntsville, Ala., by several months because of coronavirus-related delays in equipment deliveries and construction. The plant will have the capacity to make 300,000 SUVs per year—half for Toyota and half for Mazda—when it opens.

Volvo confirms it will resume assembly operations at factories in Ghent, Belgium, and Torslanda, Sweden, on April 20. The company also is reopening its administrative offices in Sweden on that date.

U.S. back-to-work guidelines issued yesterday describe car sales as an essential service, thereby allowing sales staff to return and showrooms to reopen. But they can’t do either until officials at the state level say it’s safe.

Germany’s central government has agreed to allow auto dealers to reopen their showrooms and sell down inventories to avoid bankruptcy. But it will be up to the states to decide when sales may resume.

Nissan’s turnaround plan due in May is likely to assume the company’s annual sales target will drop by 1 million units to 5 million vehicles, company sources tell Reuters. In recent years, Nissan has targeted, but never reached, volumes of at least 7 million units or more.

General Motors says its first batch of 600 Ventec-designed medical ventilators will be shipped out this month to the U.S. Dept. of Health and Human Services. The total order of 30,000 hand-built units will be filled by the end of August.

Honda has modified 50 of its minivans in Japan to safely transport COVID-19 patients (who don’t need an ambulance) to hospitals and quarantine centers, Reuters reports. An airtight divider isolates the driver. A one-way ventilation system channels outside air directly into the passenger compartment and out through rear exhaust vents.

Pony.ai, an autonomous-car startup, is organizing a service to deliver packages and food to residents in Irvine, Calif. The company, which was launched to carry passengers, will deploy 10 all-electric Hyundai Kona small crossovers for the package service.

Ford says it will probably lose $2 billion in April-June and is preparing to raise more cash through a new debt offering. The company says the $30 billion in cash it has on hand is enough to last at least through the third quarter.

Renault Chairman Jean-Dominique Senard confirms to France’s RTL radio that the company may seek loans worth as much as €5 billion ($5.5 billion) as it rides out the coronavirus pandemic.

Volkswagen has provided an ominous glimpse of what’s in store financially for the global auto industry. VW reports that its first-quarter operating profit shrank 81% to $979 million. The group’s return on sales shrank to less than 2% from more than 8% in the same period last year.