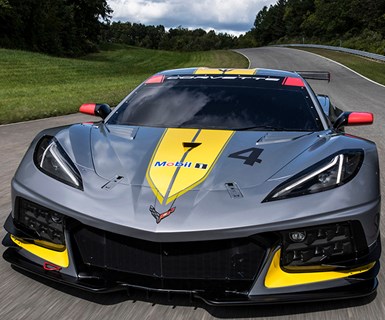 The architecture will team a twin-turbo 5.5-liter dual-overhead-cam V-8 with two electric motors mounted on the front axle, according to the report. This would enable all-wheel drive and torque vectoring, MT notes.

Earlier this autumn, Chevy announced plans to use the 500-hp V-8 in the Corvette C8.R race car (pictured). A less powerful hybrid variant also has been rumored for the next Corvette Z06.

The base Corvette Stingray, which is due to bow next spring, will be powered by a naturally aspirated 6.2-liter V-8. The small block mill makes 495 hp and 470 lb-ft of torque.