Anxiety related to the coronavirus has started to lessen worldwide as countries begin to reopen their economies, according to the latest biweekly consumer behavior survey conducted by Deloitte. 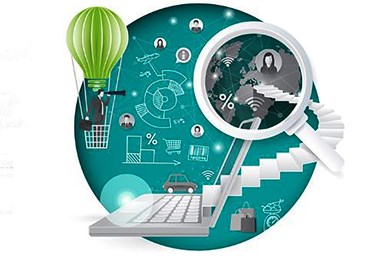 On average, there is less concern about health issues.

In the U.S., less than half (48%) of the respondents in Deloitte’s mid-May study said they were worried about their personal health, down from 57% a month earlier. Three in five are concerned about the health of others, down from a high of 72%.

In addition, respondents increasingly are feeling safer about visiting stores, with the number of consumers who predominately shop online gradually falling. More people also said they would consider making an impulse buy if they found a great deal on a non-essential item.

In the latest survey, two in five respondents worldwide who still had a job were nervous about becoming unemployed.

In the U.S., 27% of consumers were concerned about making upcoming payments, and 43% are planning on delaying large purchases.

Millennials (18- to 35-year-olds) are the most apprehensive. Some 36% of the group are worried about upcoming payments, and 47% are delaying purchases. This compares with just 14% and 34%, respectively, for respondents 55 and older.

Not much has changed since mid-April on the transportation front, with respondents still reticent about traveling and making big-ticket purchases.

Key automotive-related findings among Americans in the latest poll show:

U.S. respondents are slightly more willing to stay in a hotel now (31% in mid-May vs. 24% a month earlier). But only one in five respondents is willing to rent a car and just 24% plan to fly domestically for a leisure trip in the next three months.

Deloitte’s new Global State of the Consumer Tracker (the third in a series) was conducted May 12-16. Some 1,000 adults were queried in each of the 15 countries polled.

The U.S. ranked in the middle of the pack in terms of the anxiety index. Consumers in India, which is starting to become a hotspot for COVID-19 cases, were by the far the most nervous, with an index rating of 33%. Mexico, Spain, China and France also had double-digit ratings, ranging from 12% to 17%.

By comparison, nine countries had double-digit scores in the April 19 survey. India peaked with a 57% rating in early May.

German respondents are the calmest, with an anxiety rating of -33% in the latest survey. The only other country with a double-digit negative rating is the Netherlands (-13%).