Cruise Gets OK to Test No-Driver Cars on Public Roads

It’s a big step for Cruise.

The 7-year-old startup intends to eventually launch a robo-taxi service with a fleet of purpose-built Origin electric shuttles it co-developed with Honda. Cruise unveiled the vehicle in January. 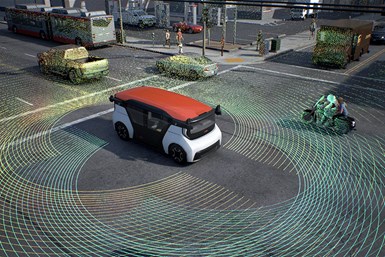 The big question is: When? Like other developers, Cruise has found that the road to truly driverless vehicles is longer than expected.

The company had hoped to launch its service, using modified Chevrolet Bolt electric sedans as robo-taxis, by the end of last year. It pushed back that goal to mid-2020, citing the need for more development work. Now its plans have been paused by the coronavirus pandemic.

Cruise is among several dozen developers allowed by California to test autonomous vehicles with backup drivers onboard. Until now, the only others licensed to deploy truly driverless cars in public are AutoX Technologies, Nuro, Waymo and Zoox.

“We’re not the first company to receive this permit,” notes Cruise CEO Dan Ammann. “But we’re going to be the first to put it to use on the streets of a major U.S. city.”

The distinction is important. In-city testing aligns with the type of urban-based robo-services being considered by Cruise and its rivals.

Cruise’s license allows it to test no more than five vehicles without safety drivers. The cars are restricted to certain streets under clear weather conditions. The vehicles may be tested day or night, but only at speeds under 30 mph.

Cruise plans to begin the advanced evaluations, using its Chevy Bolt test vehicles, by about the end of this year. That timetable suggests that its robo-car service won’t launch until perhaps 2023.