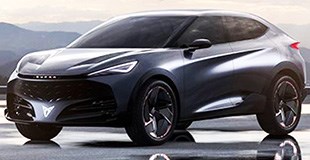 The concept will be publicly unveiled next week at the Frankfurt auto show. Riding on VW’s MEB electric vehicle platform, the Tavascan will be powered by a pair of electric motors that produce a combined 300 hp and propel the vehicle from zero to 100 kph (62 mph) in less than 6.5 seconds.

The concept is expected to lead to a Cupra-badged production EV in coming years. SEAT and its Cupra sub-brand plan to launch a combined six electrified models by 2021.

Announced last year, the Cupra will serve as a technology flagship for SEAT. The first model—the Cupra Formentor crossover—and two plug-in hybrid models are due next year.