Daimler AG will begin local production of its first electric vehicle in China, the EQC SUV/crossover, later this year. 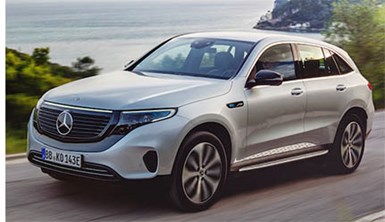 The online newspaper notes that Mercedes also will launch two new piston-powered models in China: a long-wheelbase version of the AMG A35 sport sedan and the GLB three-row crossover.

Daimler’s current locally assembled product lineup comprises the GLA and GLC crossovers and stretched versions of its A-, C- and E-Class sedans. ANC says the company boosted local production 12% to 282,000 vehicles in the first half of 2019.