Daimler to Focus on Electric Powertrains 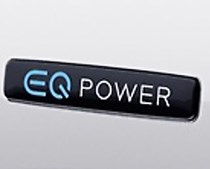 The carmaker recently launched several new combustion engines, including a family of inline-6 mills that replaced previous V-6 units. But Schaefer says there are no immediate plans for any next-generation piston powerplants.

Daimler’s Mercedes-Benz unit launched its first EV, the EQC crossover, and plans to market at least nine other EQ-badged models by 2025. The carmaker’s commercial vehicle unit also has begun shifting to EVs with electric variants of the Mercedes Actros and Freightliner Cascadia.