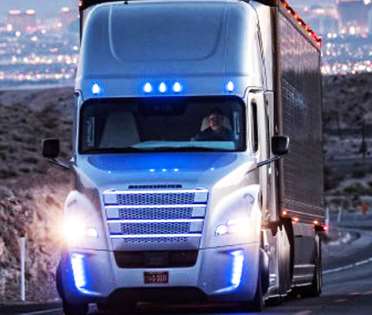 The new group will be headed by Peter Vaughan Schmidt, who currently is in charge of Daimler’s truck strategy. He will continue to report to Martin Daum, who oversees the company’s Trucks & Buses group.

The Autonomous Technology unit will focus on software development, sensor integration and safety redundancy. The group also will set up regional hubs and other supporting infrastructure to coordinate and manage autonomous fleets, starting with operations in Portland, Ore., Blacksburg, Va., and Stuttgart, Germany. Initial testing will be conducted in geofenced areas.

Blacksburg-based Torc Robotics Inc. will be part of the Autonomous Technology team. Daimler agreed to purchase a controlling interest in the startup in March.

In January, Daimler Trucks committed to spend €500 million ($556 million) to accelerate its autonomous-vehicle research work. This year the company is launching a modified version of the Freightliner Cascadia heavy-duty truck in the U.S. that will feature Level 2 semi-autonomous driving capability.