Daimler is reassigning a pair of North American-made Mercedes sedans back to Germany.

The aim is to balance regional capacity, mainly by shifting local output to more SUVs and crossovers for the American market. 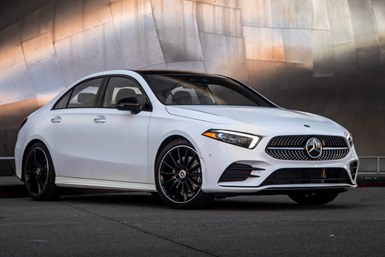 Daimler also is taking a hard look at costs as it braces for what CEO Ola Kallenius describes as a “significantly harsher reality” after drops in net earnings of 67% last year and 96% in January-March.

Last week, suppliers cited a company memo in telling Automotive News that Daimler will move production of its $32,800 A-Class small sport sedan out of Mexico and back to Germany.

The company began making North American versions of the A-Class only two years ago at its joint-venture plant with Nissan in Aguascalientes. The shift will enable the Mexican facility to hike output of the newer and higher-margin $36,600 Mercedes GLB-Class small crossover that went into production there last year.

Daimler says it also will stop building its C-Class midsize sedan in Tuscaloosa, Ala., after six years, consolidating that production in Rastatt, Germany. 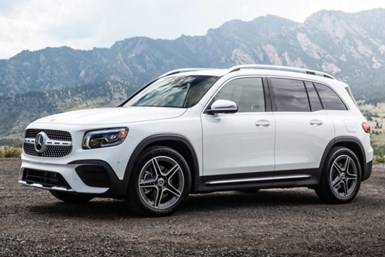 The Alabama plant also makes GL-Class SUV/crossover vehicles for North America and overseas markets. Daimler has been investing $1 billion to prepare the U.S. facility to make EV batteries and an array electric crossovers under its EQ brand.

The Knives Are Out

The program reassignments are part of Daimler’s global review of its plants and capacity needs. Last year the company suspended plans to expand capacity at its factory in Kecskemet, Hungary.

Media reports in Germany say the company also is pondering what to do with low-performing factories in Brazil and South Africa. The facilities review coincides with a likely deproliferation of models after several years of expansion in a drive to grow market share.

The two models Daimler is moving back to Germany have faced the growing headwinds of North America’s SUV craze since their arrivals here. Consolidating production of both models in Europe, where sedan sales remain relatively healthy, makes sense.