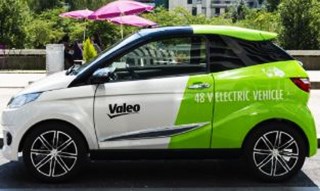 The systems will team Dana’s e-gearbox with Valeo’s electric motor and inverter. The first applications will be launched early next year on series-produced cars from an unspecified European carmaker.

The partners predict that 48-volt power systems will be used in one-third of all new vehicles worldwide by 2030.