German startup has an avalanche of experience
#Denso #tech

If it’s good enough to help search and rescue teams locate survivors during an avalanche and other natural disasters and emergencies, the same technology probably can help identify and pinpoint motorists in relationship to their vehicles.

That’s the thinking behind Denso’s investment in Lambda:4, a German startup that specializes in wireless positioning technologies for short-range applications, including rescue operations.

The Japanese supplier aims to use Lambda:4’s proprietary technology to enhance its current digital key system.

Several carmakers and suppliers offer digital key systems, which allow authorized users to lock/unlock and start their vehicle via a smartphone without accessing an app. The devices typically use near-field communications such as Bluetooth Low Energy.

Denso, which has been developing passive digital keys since 2012, says Lambda:4’s technology will improve location accuracy and user authentication capabilities. This will make digital keys safer and easier to use, according to the supplier.

Digital keys are expected to be especially useful for car-sharing services. In these applications, multiple users will be able to access the same vehicle, when authorized, without having to transfer a physical key. 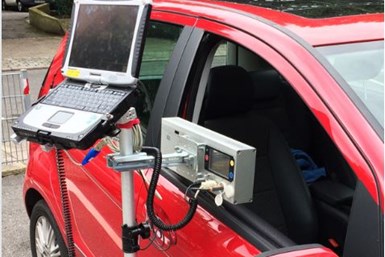 “By using standard Bluetooth chipsets, our technology offers a low-cost, universal way to enable location-aware applications, like passive access and digital keys,” says CEO and founder Ronne Reimann, who previously headed a car navigation startup that was purchased by Harman-Becker.

Lambda:4 is the 18th startup that Denso Corporate Ventures has invested in since the Silicon Valley-based group was launched in 2012. 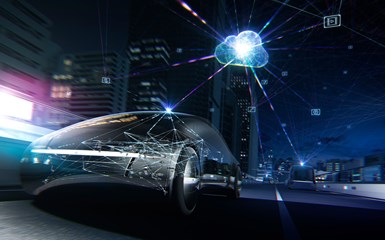 Denso targets startups that are developing emerging technologies such as autonomous and connected driving systems.

The unit targets early stage investments, typically taking a less than 20% share in a startup. The focus is on companies developing technologies in emerging areas such as connected and autonomous driving, cybersecurity, advanced robotics and other next-generation manufacturing systems, Cannestra says.

After identifying a potential candidate, the investment group works with appropriate Denso technical teams to evaluate a startup’s viability and how well it meshes with Denso’s products. The process lasts about 3-6 months.

After making an investment, Denso works with a startup to help it further develop, test, validate and commercialize products. This includes preparing for rigorous automotive demands, including designing for manufacturability and meeting strict safety and environmental regulations.

The goal is to eventually apply the technology into one of its own products or processes.

But it’s designed to be a win-win process. “We help the startups create long-term business plans and tell the CEOs our goal is for them to succeed as independent companies,” Cannestra says.

To date, only one of the 18 startups Denso has invested in has filed an IPO. But they all are still in business, which Cannestra notes is a much better track record than traditional venture capital firms have.

As for Lambda:4, Cannestra says Denso likely will integrate the startup’s technology into its own digital key system within three to five years.